‘The Vibrant Nature of Pleasure, Emotions, and Sexuality’ is a selfhelp essay that is based on cutting-edge scientific discoveries such as the mutually exclusive relationship between pleasure and violence, pleasure areas in the brain, pleasure and transcendence, and the role of endorphins, the ‘molecules of emotion.’

The essay shows that throughout patriarchy, the positive and benign nature of the human pleasure function has not been understood if sexual pleasure, or certain forms of it, was not at times demonized and forbidden by religious and worldly authorities.

Violence research has clearly demonstrated that for creating a future nonviolent society, we need to consider pleasure as sacred rather than merely biological; through responsible social policy-making we then need to endorse and reward pleasure-seeking behaviors as they go along with the neuro-integrative brain which is a brain wired for nonviolence and global peace, while in the past, the neuro-dissociative brain was the dominant brain with most humans, which is why they were hard-wired for violence, warfare and other overall violent behaviors. 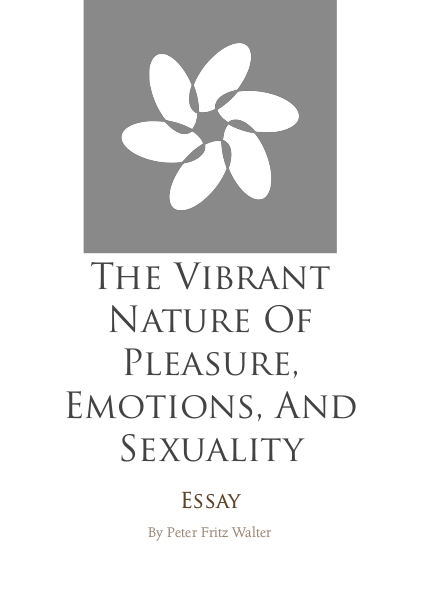 Donate to Doctors Without Borders, USA

Donate to Doctors Without Borders, USA, and we will top up your donation by the same amount, and then donate through the organization.